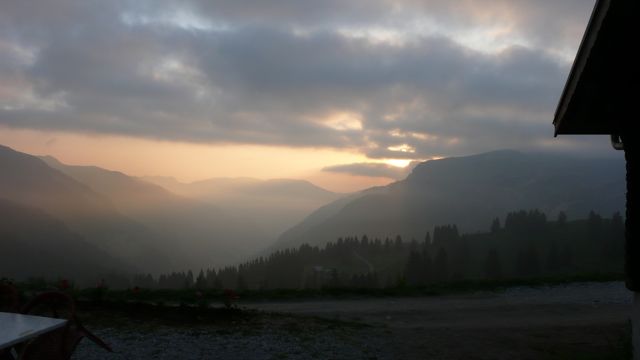 photo: cs
Another quiet night of solid, sound sleep; then up at 5:45 to cool, low mists. We left right after breakfast, at 7:30, and reached the col de Chésery 90 minutes later and 200 meters higher, having climbed easily along a dirt road; 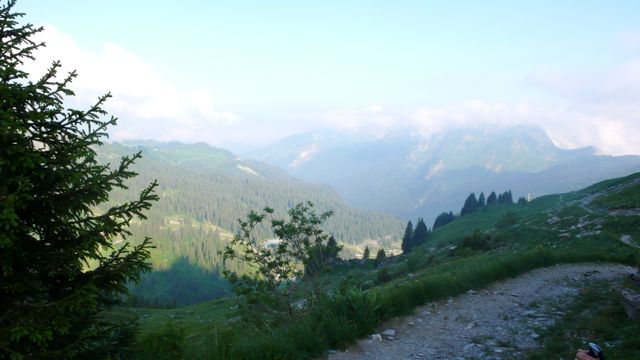 photo: cs
then up steeper loose stones to the col, at 6525 feet. 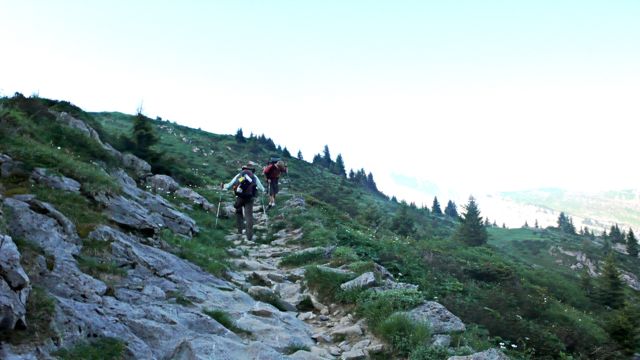 photo: cs
Along the way the sound of birds, cuckoos hidden among the distant trees. At Chésery, quite a different scene: a team of Swiss women (and one or two men) unloading things from trucks into the chalet-refuge, which would open in a day or two. We had crossed, in fact, into Switzerland. 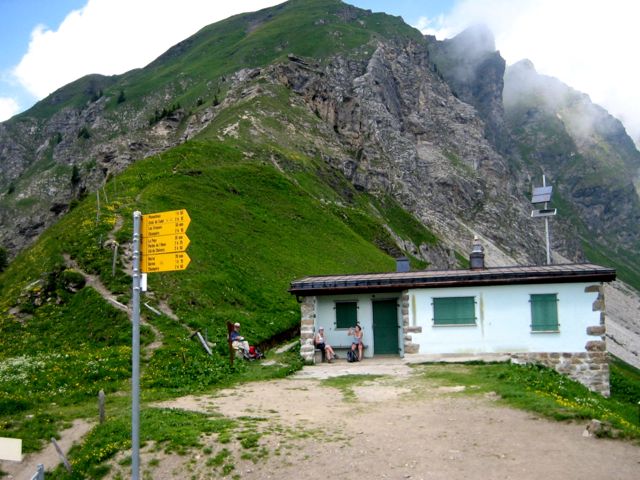 photo: Mac Marshall
Everything was vacuumed as it was unloaded; one woman busily dusted off a couple of apparently brand-new telephone directories. We asked if we might sit at one of the picnic tables to have a snack: "Yes, you may rest, but leave the tables clear, we have to clean them."

This was not amusing and we soon left, walking along the edge of an improbably green alpine lake, then climbing, then descending to Chaux-Palin, where we found a cup of tea and, a little later, a glass of delicious Swiss milk, the first glass of milk I'd had in weeks.

A long pleasant traverse, then the climb 300 meters to the col de Coux: en route, we stopped for lunch (egg, ham, bread, orange, tomato, supplied by last night's refuge) and were photographed photo: Sabine Schroll
by a handsome athletic woman who walked our way, an Austrian with a lithe frame, a heavy pack, and a wonderful, enthusiastic, strong and competent disposition: I'll have more to say about her later on. 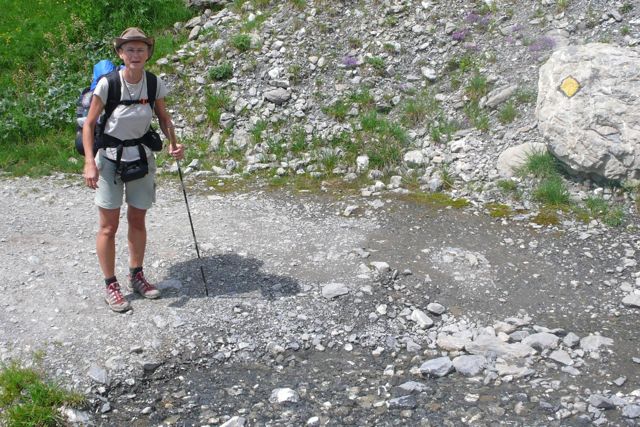 At the col, conversation with a couple of English walkers; then an easy descent on switchbacks, then a straight dirt road, to a crossroads: 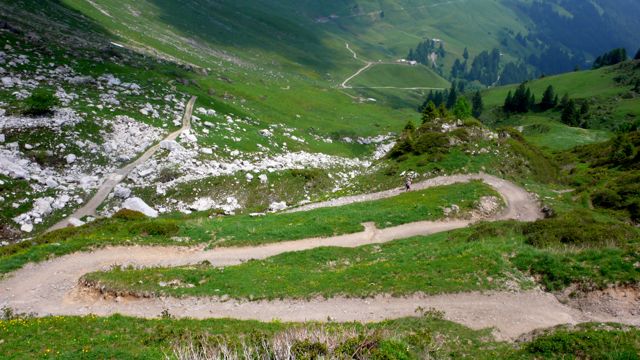 photo: cs
which of a number of refuges to choose? The closest, by now: and we took a difficult descent through rough pasture, often lacking trail, to les Mines d'Or, where we arrived at 2:45, too late for lunch, far to early for dinner.

French fries, we all cried for, and a huge bowl arrived with the salt we craved, and bottles of Badoit (I added drops of Fernet to mine); and then showers, and a stroll around a trout pond, and a game of boules.

It's called "Mines d'Or" because in fact the mountainside above the hotel was mined centuries ago; you can still see openings to mines. The gite is really more an old-fashioned hotel: we had a nice room to ourselves, with an armoire and a balcony; the wc was down the hall, 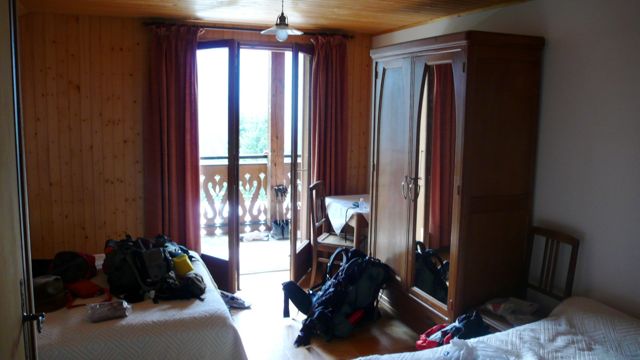 photo: cs
and the dinner wasn't bad: gazpacho, poulet Basquaise, watermelon with "red fruit," and, as a digestive, a delicious pastique.made with local gnole, a rough Savoyard version of grappa smoothed with sugar and mountain herbs. Sleep came easy.