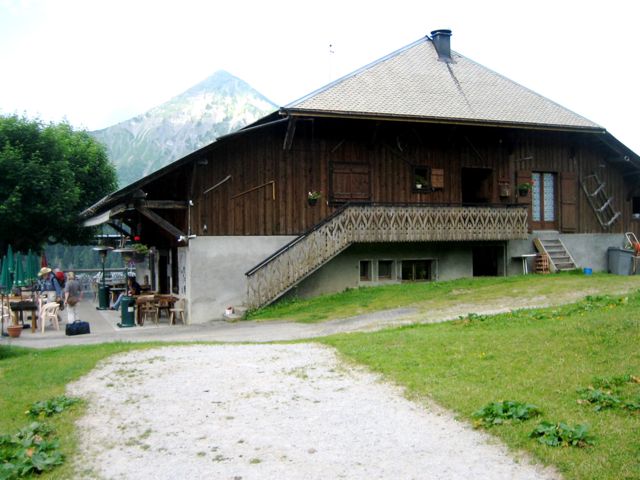 Our gite d'etape at Mines d'Or (photo: Mac Marshall)
This was a tough day, not because of the distance or terrain, not because of altitude or weather, but because of indisposition. We'd got up for an early start, but one of us had what Mac says the Australian aboriginals call a "wog," though I must say this confused me at the time and confuses me more at this distance, as that word, to me, is disrespectful British slang for "non-Caucasian," being the acronym, as I learned sixty years ago, for white Oriental gentleman. Wikipedia calls this a "backronym, but goes on to gloss the word in the sense in which Mac used it, and we adopted the word in that sense during the rest of our walk: it came in handy a number of times.

Anyhow, one of us had a wog, and it wasn't me; but I knew what to do: administer a small dose of Fernet Branca and a Pepto-Bismol. This had the nearly immediate effect of correcting the affected stomach, and after breakfast we got under way at nine o'clock, walking down a paved road, then up a stony one. It was a fine clear morning filled with birdsong and cowbells, but the wog dogged our steps. 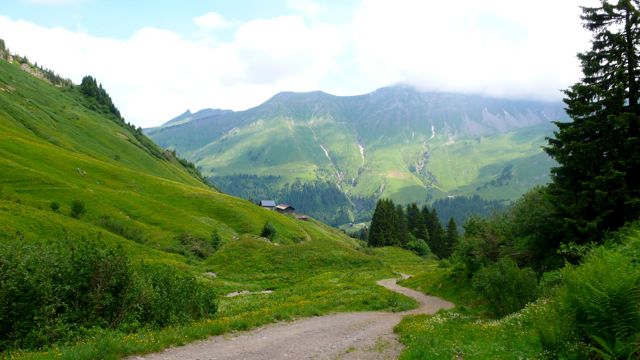 photo: cs
By 9:45 we had to stop for a long rest, near a curiously abandoned hut-in-the-making. 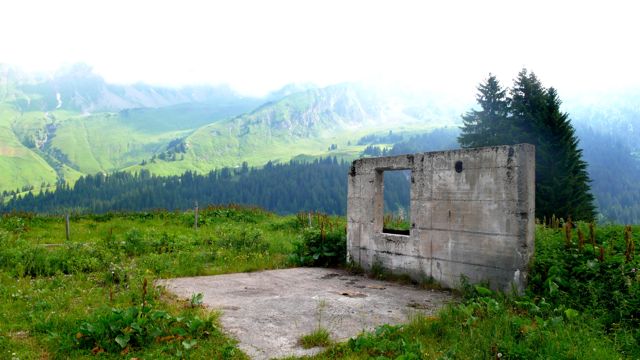 photo: cs
Before long I was carrying two packs, mine on my back, another on my chest — each weighing maybe ten or twelve kilos. This wasn't fun, but paid me back for my inattentiveness last night, when I should have watched the gnôle intake a little more closely. This particular wog was nothing but a classic hangover. 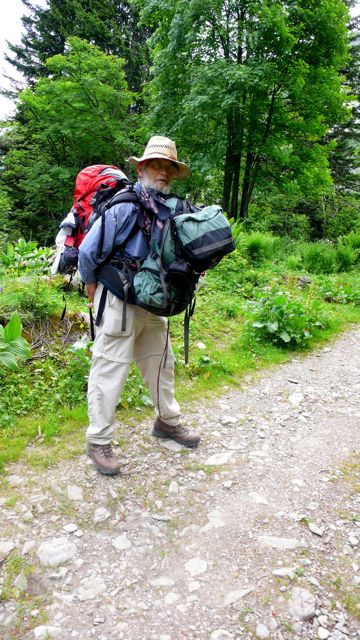 photo: Mac Marshall
We soldiered on, though, reaching the col de la Golèse (1660 meters) by 10:30, in weather that had begun to turn cold and misty. 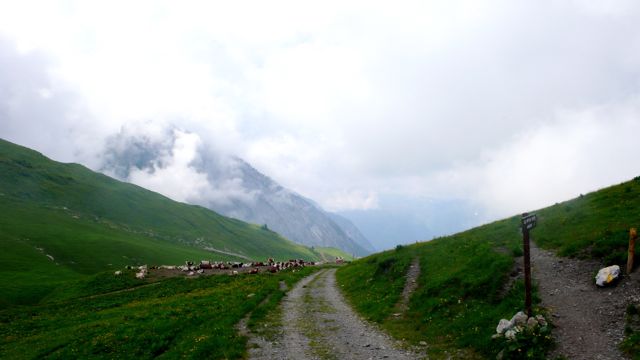 photo: cs
In another two hours — our guidebook said it should only have taken one — we reached the hamlet of les Allamands, where we'd hoped to have lunch. Alas the only café was closed for the day. We weren't the only ones disappointed: I noticed a small car drive up past us, two women in the front seat; before long they were coming back toward us.
I didn't hesitate: I stepped out into the road in front of the car, raising my hand in what I hoped was a gesture of friendly despair. "My buddy here is very sick, and I don't see how he can walk all the way to Samoëns. Can you give us a ride, if you're going there?"
They good-heartedly made room for two men and two backpacks; the third would have to keep walking.
We were let off in the heart of Samoëns, where the first person we ran into was our Austrian friend. She was just leaving town; she'd spent the night in a gîte that she recommended, but it wa full and we had to check in at the only hotel. We lost no time checking in, and one of us immediately went to bed. 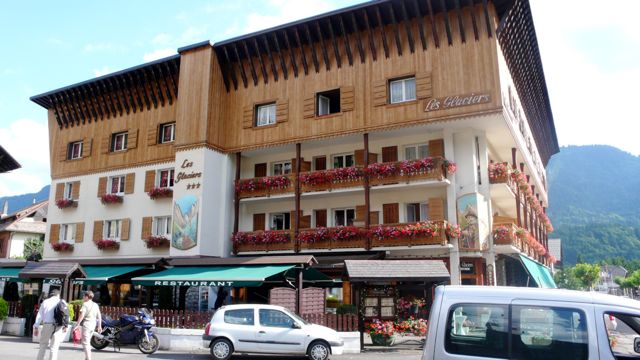 photo: cs
In an hour or so the third party walked in: fortunately we both have mobile phones, and we soon met for a boisson and a walk in the park. The woman who founded the (formerly) great Paris department store La Samaritaine, Marie-Louise Jaÿ, was from Samoëns, and she funded a splendid alpine botanical garden on a hillside above town, where we spent the afternoon. There we found among other things a Sequoiadendron, always a curious sight away from the Sierra but to a Californian a welcome one, even if alongside an ornate Savoyard spire. 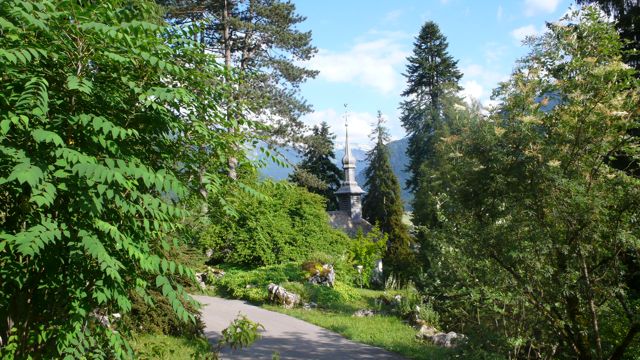