BREAKFAST WASN'T VERY GOOD: tired bread, stale coffee, diffident heated milk. And neither the shoes nor the socks and jackets had really dried out overnight; that stove was never properly lit. 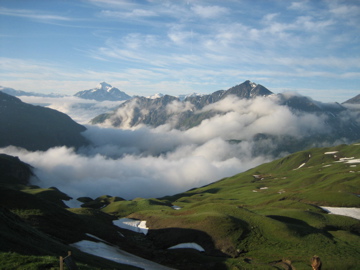 photo: Mac Marshall
But the morning was beautiful, with mists rising, thinning, reassembling among the peaks around us. 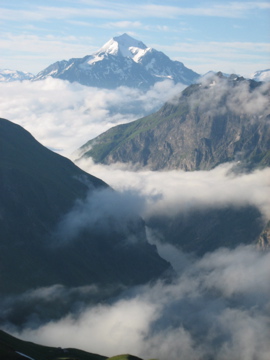 We left the refuge at 8 am, walking easily back up to the Col du Croix-du-Bonhomme; but Henry had forgotten his poncho and we waited while he returned for it, losing us maybe ten minutes. (More to the point, watching him go back, we realized we might have taken another path; we needn't have returned to the Col at all.) 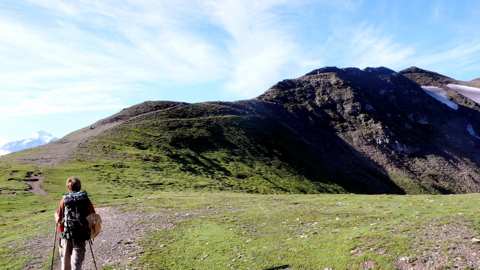 Our first assignment was a traversal of the spectacular Crête des Gittes, a horizontal track at about 2600 m. leading us south from our refuge (that's Mont Blanc barely visible in the distance at the left). 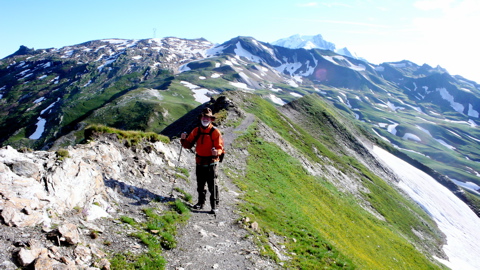 It was here that Mac finished losing his vertigo: the trail's about two feet wide, and steep hillside drops away on each side, a drop of perhaps a thousand feet to the valleys below. 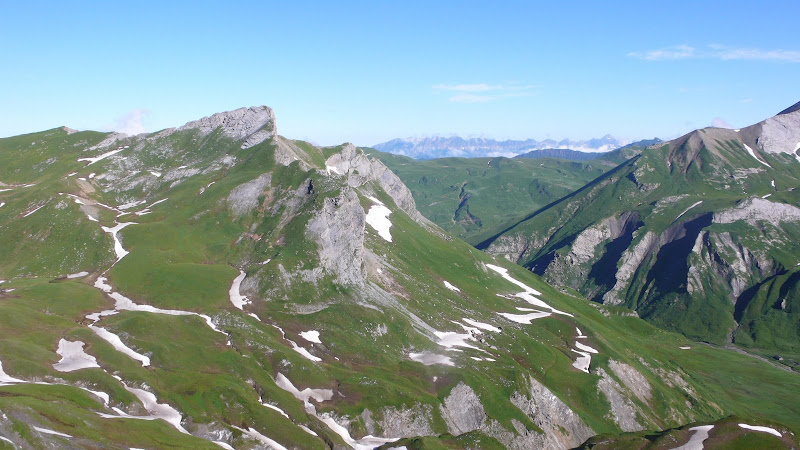 We arrived at the oddly named Col de la Sauce in an hour, passed over a few patches of snow, 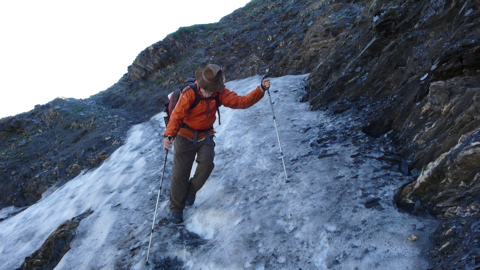 and continued the descent from the Col through wet alpages, slippery with water occasionally running over the trail, turning it into a freshet.

At about ten o'clock Mac, distracted by the many beautiful wildflowers, lost footing and fell on a baton, breaking it but, fortunately, not himself. We continued through another damp pasture, past cows and portable milking apparatus, and to the Refuge du Plan-de-la-Lai for a delicious apricot tart; 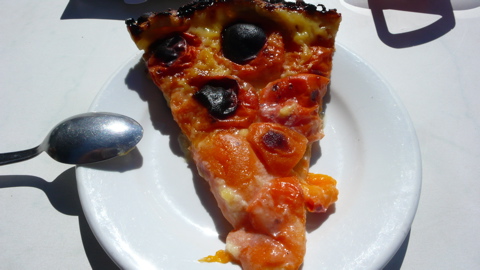 then across the paved road and up an unpaved one to the Plan-Mya, nearby, where we watched two pretty children shell beans, and where Henry went into the fromagerie to buy some Beaufort 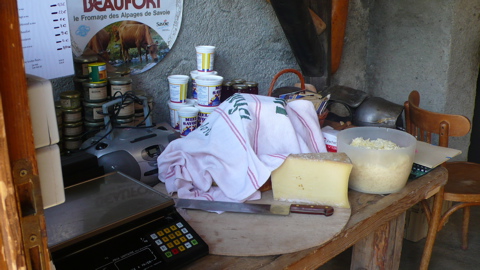 We left about quarter past eleven and made an easy traverse to Presset, walking the flank of the Aiguille du Grand Fond and looking down, west, toward the calm, artificial Roselend Lake.

From there we climbed through a series of tedious switchbacks 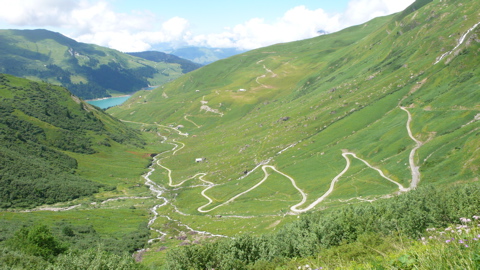 3:12 pm
and then the much steeper ascent to the Col de Bresson, 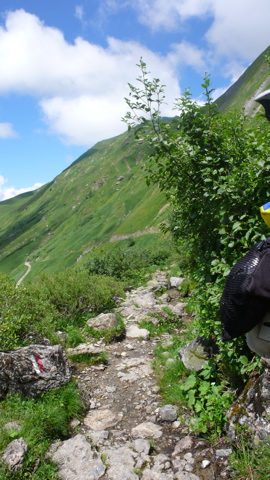 difficult with wet, loose scree; the switchbacks were bad enough, and the weather threatening; 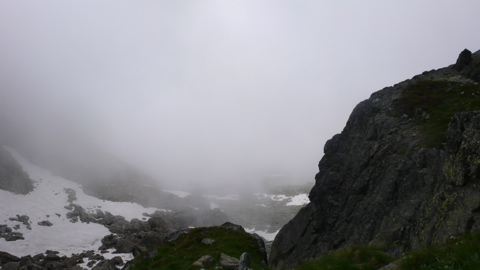 4:51 pm
and it was getting late; we were tired and damp; Mac's blisters were slowing him down and the altitude was slowing me: we didn't arrive at the col until 5 pm. 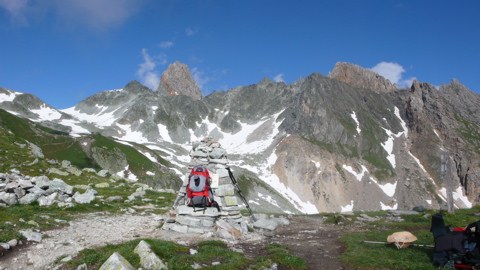 5:04 pm: the weather changes fast!
From the col it was another hour, fortunately a fairly easy descent, to the Refuge Chalet de la Balme, 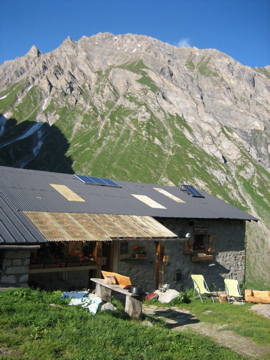 photo: Mac Marshall
where we arrived at 6:15, just in time for an apéritif before dinner: soup; barbecued ribs. We were served by a young flirtatious girl who congratulated us on our Independence Day but teased us about the ribs: "Can you guess the sauce? No? I won't tell you!" But she brought us a complimentary gnôle after dinner, and we slept soundly in a dortoir big enough that we didn't notice the other guests.

all photos cs except where noted
Posted by Charles Shere at 2:25 PM