Beginning with the walk of July 14, additional photos from our walk across the Alps can be found here
Day 27: July 16, 2008 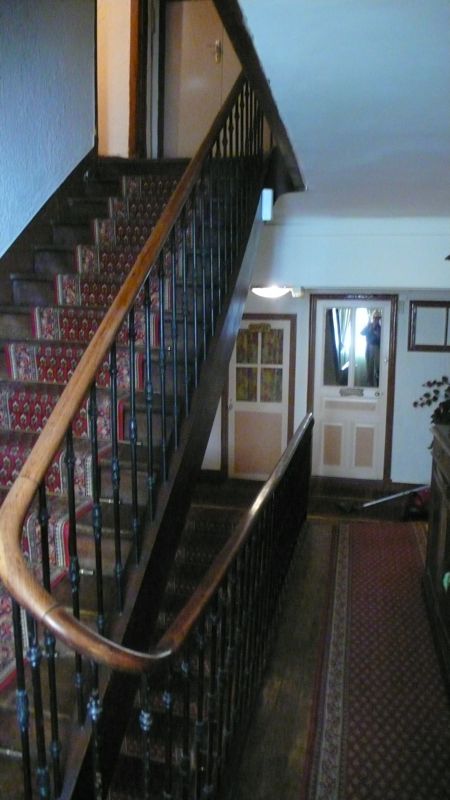 The Hotel de la Paix is comfortable enough but very old-fashioned, with nice staircases leading to our top-floor "suite" — for two adjacent rooms had been combined for us, giving us our own bath. But I dreamed oddly: books scattered about on a glass floor; a missing author; tools lying about, my grandfather stern; a great wooden chest — for the books, or the tools?

We spent the morning investigating the old city of Briançon, shopping a bit — one doesn't shop much when one carries all one's purchases! — and having a nice lunch at the Restaurant La Passage. Yesterday had been a hard day — seventeen miles in ten hours, and nearly nine thousand feet of up and down! So today would be almost a rest day, our last before Nice: we would walk only two hours today. 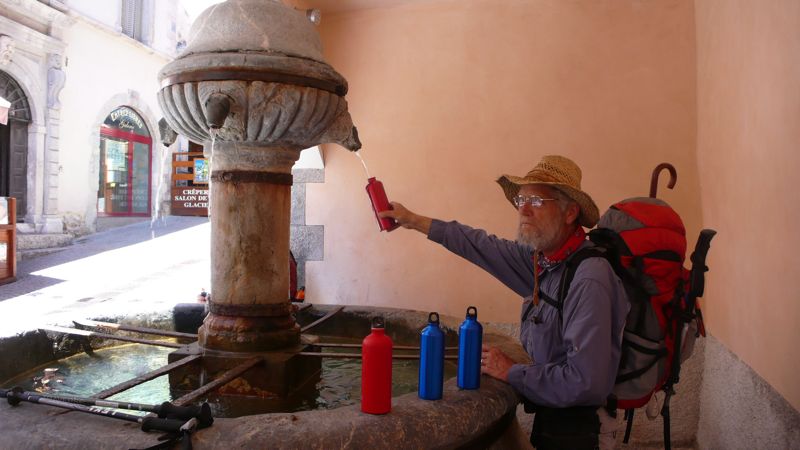 photo: Henry Shere
We filled our canteens at one of the fountains and walked down, out of the old city throuth the porte d'Embrun, down to the broad Avenue de la République, and then along a footpath to the remarkable Parc la Schappe, with its esplanade, pond, and lawns; a very nice retreat on a warm sunny day like today. 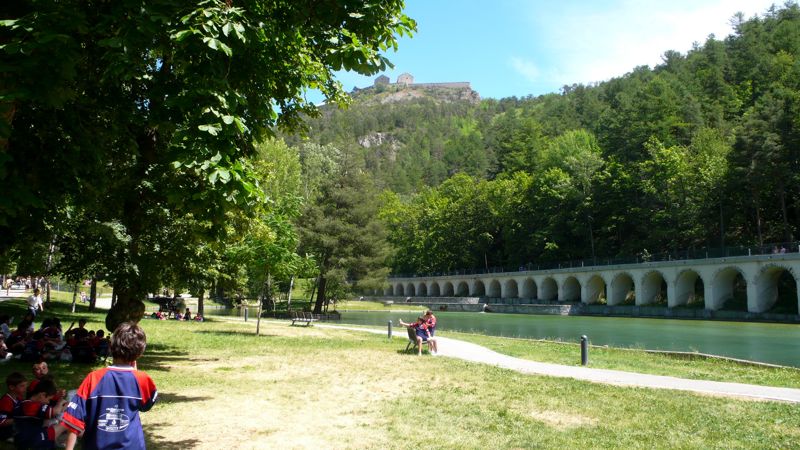 But we didn't linger: we walked past a former paper mill now being turned into an exhibition space and along suburban streets to the hamlet of Pont de Cervières. 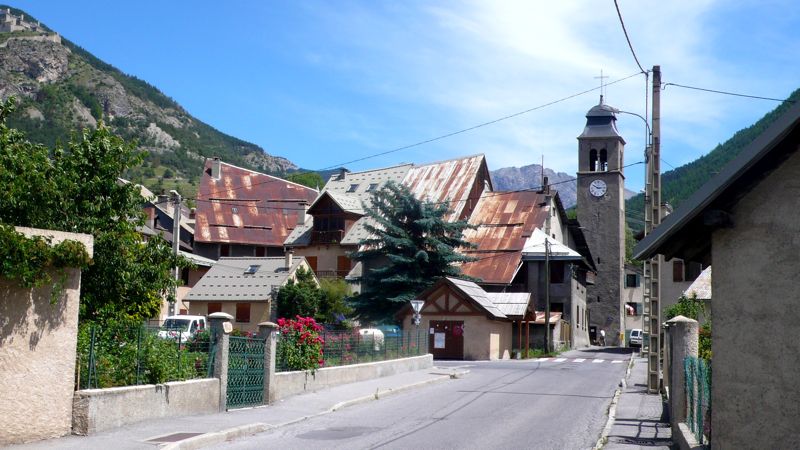 We were halfway to our destination as the crow flies, but the GR5 took us instead on a footpath among scattered trees, often along a charming irrigation canal, hardly more than a gutter, with a few frogs here and there. 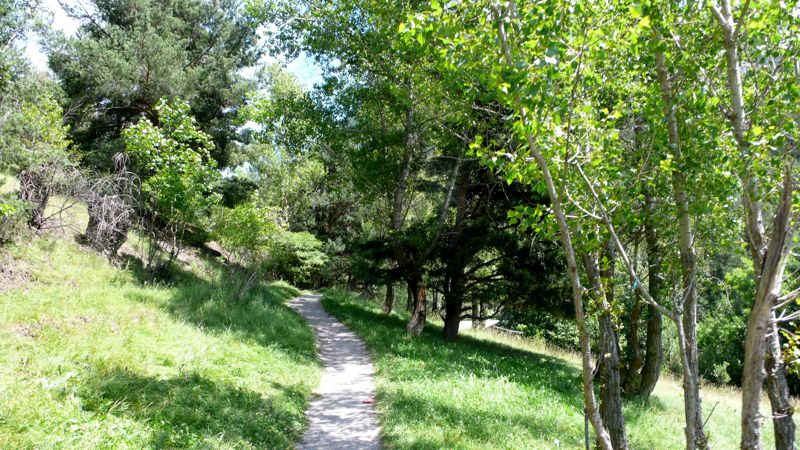 This led to a forest road along and above the left bank of the Cerveyrette. we climbed almost two hundred meters, then turned nearly 180 degrees to descend westerly toward Villard-Saint-Pancrace, where, at 4:15, we checked in at Le Bois de Barracan, rather a nice gite d'etape where we found Hans and Henny, our Dutch friends. 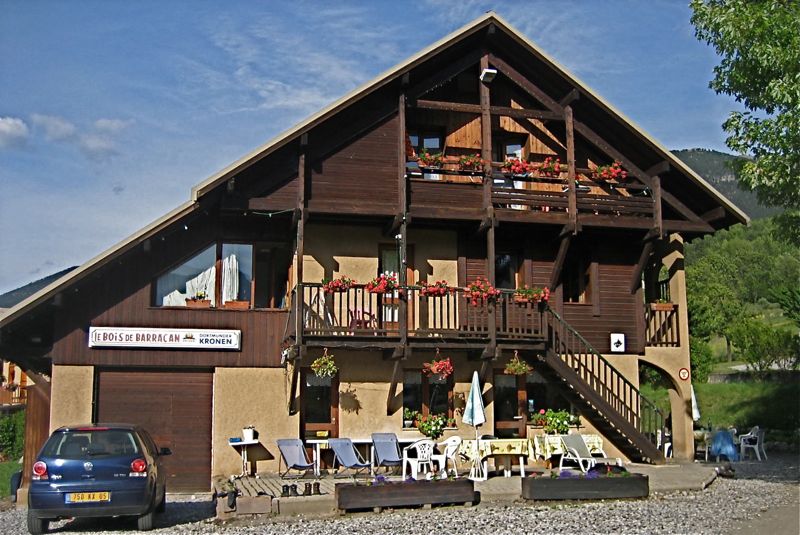 photo: Mac Marshall
Here too we met two German couples — close friends who have rambled together on many paths, one a landscape architect and gardener, the other two physicians. When I described the curious burning sensation I'd felt for weeks on my left thigh, placing my hand on the exact spot, "Ah yes, the quadriceps fascia, used only for walking down hills," he said, explaining a good deal.
There was nothing to do in Villard-St.-Pancrace, nothing but relax, study the guidebooks, and talk. Tomorrow would be a tough climb, two thousand meters; and then we'd have a couple of really hard days: it felt good to relax in the sun.

all photos cs except as as noted
Posted by Charles Shere at 1:30 PM