Beginning with the walk of July 14, additional photos from our walk across the Alps can be found here
Day 25: July 14, 2008

There was fresh snow on the ground and the picnic tables outside the refuge this morning, but Muesli as well as the usual bread and café au lait for breakfast; and we knew we had a relatively short walk today, so we lingered until quarter to eight, then headed out into light snow in a strong cold wind, stopping at the Col de la Vallée Étroite for photos. 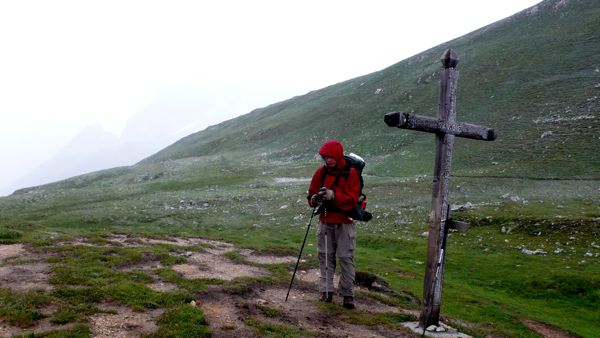 The Narrow Valley was Italian until after World War II, and Italian is still the language of choice on the few occasions there are for conversation with locals. Mists continued, though the snow had let up as we entered the valley, 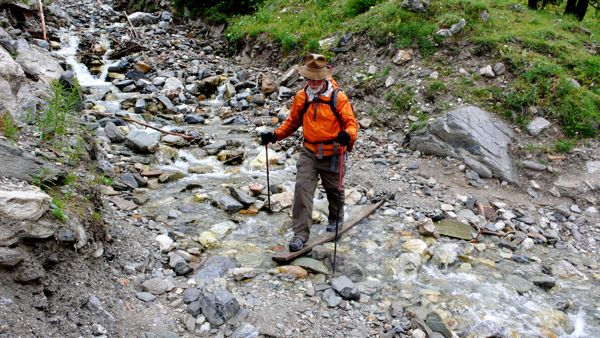 crossing its streams on makeshift bridges. One of the bridges, the Pont de la Fonderie, was considerably more permanent than the one pictured here, and near it, under a tree, we found the Canadian-Norwegians of yesterday, yawning and stretching after a night in their tent. Once again I regretted not having a tent, at least a little. Camping is not allowed in this country, but "bivouacking" is: you can spend one night under canvas, but the assumption is you'll be on your way next morning. 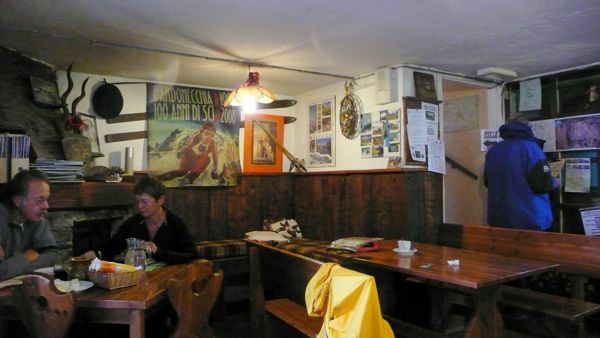 By a little after ten we came to the Rifugio di re magi (the three kings: three nearby peaks are named Balthazar, Melchior, and Gaspard). Here I warmed up with a couple of cappuccinos, the second of them corretto with a drop of grappa, and a spectacular tarte à myrtilles: we've had a number of these, always apparently with local berries; this was a standout among excellence. 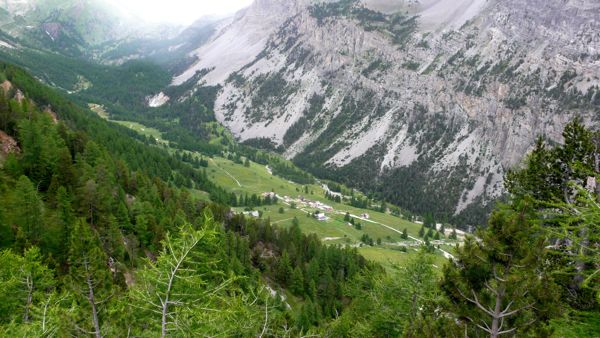 On leaving the Rifugio we found better weather and looked back at our Val Stretto as we climbed through forest, past shallow caves, leaving the Vallée Étroite and heading for the Col des Thures , skirting a lake 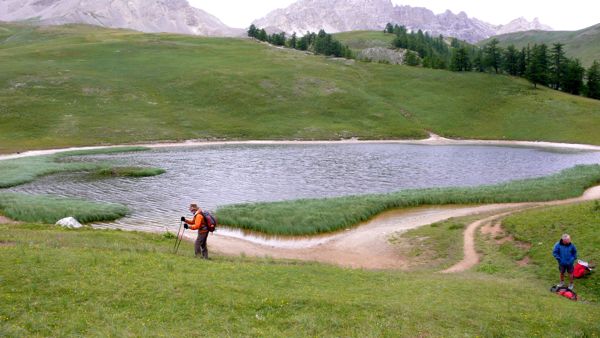 and arriving finally at the Col, marked by a cairn dedicated to Joseph Giavelli, an Italian shepherd who worked the transhumance hereabouts. Cows and donkeys share these alpages, no doubt enjoying the sweet wildflowers and grasses. The Col divided the Vallée Étroite and its Italian roots from the Maurienne: we rounded a fiercely eroded combe 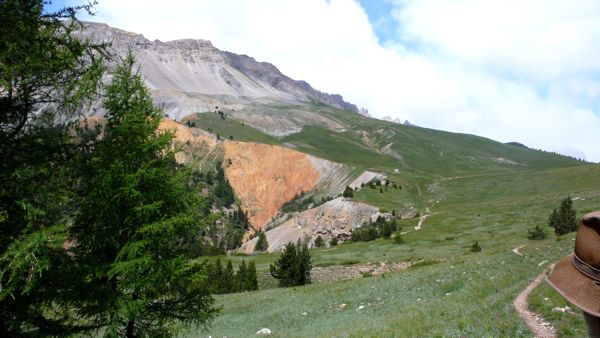 and descended easily to Chapelle des Ames, then, along the river la Clarée, to Plampinet, where we checked into the first auberge to offer itself, the Auberge de la Clarée. We might have done better had we looked around, but not all of us were so minded, and the Auberge was quite satisfactory. 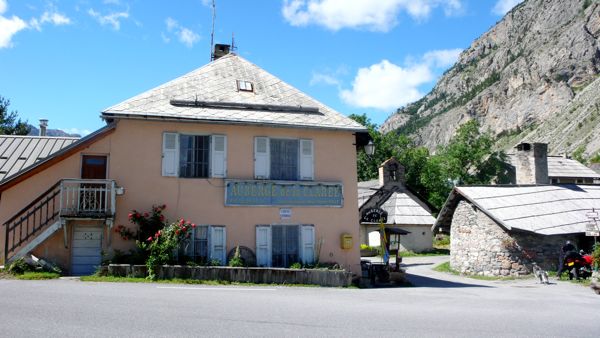 Plampinet is a nice little village, probably bustling in ski season but restful in July, even on Bastille Day. The Clarée runs fast here, and the few stone and stucco'd buildings hug one side, leaving a fertile field and orchard on the other. 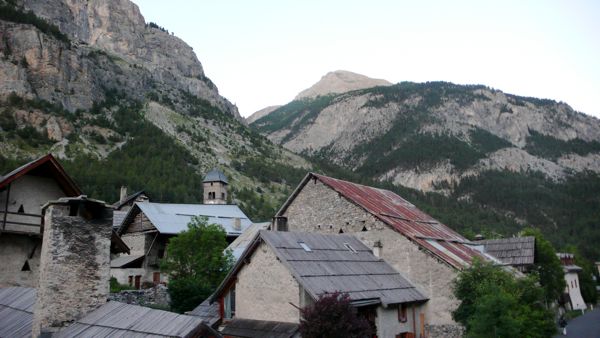 There's a 16th-century church, whose frescos and furnishings are said to be worth seeing, but we didn't bother the verger, if there was one; we were content to relax, walk about, dine with the Primhaks who were staying at the same auberge, and enjoy a genepi.

all photos cs
Posted by Charles Shere at 11:27 AM